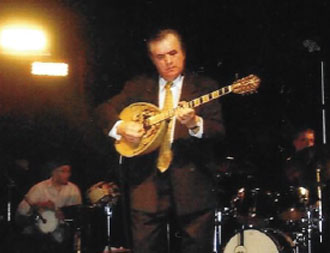 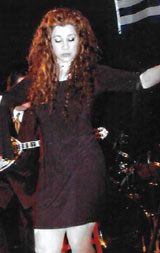 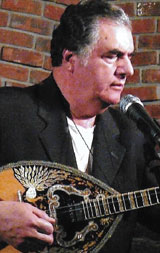 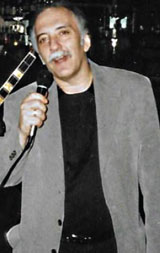 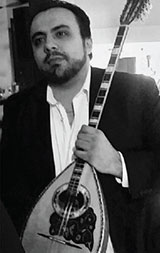 Taki learned the Bouzouki, Baglama, and Tzoura from the great Rembetis. He was the first from his generation chosen to perform with the legendary Rembetis at the historical nightclub, Harama, before coming to America.

Taki (Demetrios) Dotis is a legendary musician, composer, recording artist and a master of the Bouzouki. After doing recordings in Athens, he played in several movies and Athenian clubs, including the historical HARAMA.

Taki played with legendary musicians and composers like Vasili Tsitsanis, Yiannis Papaioanou, Spyros Zagoreos and George Lafkas. He also accompanied such famous singers as Dimitri Mitropanos, Yiannis Florinotis (Euro-Vision, 1975), Rita Sakelario, Rene Dhalma, Rena Koumiotis, Katrerina Topazi and Haroula Lambraki. He is historically known as the first Bouzouki musician from Florina and King of the Taxim. Invited to perform for Greek - American audiences, his music led him to Hollywood, San Francisco, Dallas, Houston, Hawaii, Boston, Toronto, and then to Seattle.

For the biggest glendi and kefi, Takis' band is it! They're the most versatile Greek musicians in America!

Live music every Saturday by the Legendary Takis Dotis, on the Bouzouki and Baglama, and the Mad Greeks including Taki, Yiannis, Thanasis, Elias, and Elizabeth.

Music starts between 7 & 7:30pm and the belly dancer comes out half an hour later. Our Belly Dancing schedule is available along with pictures of our dancers.